Where Runners Go To Compete!!

The Venue For The Olympics

In its initial phases, the LAPRAAC was only concerned with marksmanship (shooting) and standardizing the weaponry to be used by LAPD officers. This training was performed by off duty LAPRAAC members. Being a sworn LAPD officer was a requirement for membership in LAPRAAC. Also, at that time, LAPRAAC directors could only come from the LAPD Pistol Team. As the years progressed, a symbiotic relationship developed between the City and LAPRAAC to provide training and recreational facilities for sworn (training &amp; recreational) and civilian (training) members of the police department. Buildings and equipment that were acquired by LAPRAAC from the 1932 United States Olympic Organizing Committee came into use for training purposes (LAPRAAC was the pistol venue site for the 1932 Olympic Games). As LAPRAAC continued to grow and become active in the sparsely residential area of Chavez Ravine, an elderly lady resident became a LAPRAAC benefactor. She deeded 3.7 acres of land to LAPRAAC that is now the tiered parking lot, from the west curb, west, to beyond the hillside obstacle course. Included in this transaction was the meridian of land adjacent to and south of the main administration building.

The LAPRAAC continued to grow and become more and more involved in the training of LAPD officers. All training at this time was performed by off-duty LAPRAAC members. The importance of police officer training became obvious and the LAPD (City of Los Angeles) took it upon themselves to move Training Division into the LAPRAAC facility. The year was 1936. It was at this point in time that a relationship between LAPRAAC and the City of Los Angeles was established. Handshake agreements were made by both parties that in effect, the City would take over all police officer training and LAPRAAC would permit the City to use all of it’s available building. In return, the city took on the responsibility of grounds keeping, maintenance, and facility security. The LAPRAAC bylaws were amended to include the Commanding Officer of Training Division as the Operations Officer of LAPRAAC. This gave the city a voice in LAPRAAC operations. The spirit of cooperation that exists between Training Division and LAPRAAC has been cultivated for more than 70 years.

LAPRAAC is a private club governed by a Board of Directors who are sworn police officers elected by the membership. The Board is responsible to the Bylaws of the LAPRAAC organization and to the membership. LAPRAAC enjoys a tax exempt status 4 of the tax code. Another responsibility of the Board of Directors is the financial solvency of LAPRAAC. The LAPRAAC income is derived from the Academy Store (gift shop), cafe lounge, and facility rental for movie projects, recreations, and retirement parties, etc. The majority of income is produced by the academy store sales and from a nominal voluntary membership dues structure.

Building Ownership: Initially LAPRAAC obtained some of the buildings from the 1932 Olympic Organizing Committee (buildings that were brought over from the Olympic Village which was located in the Baldwin Hills). LAPRAAC has continued to add building and large classroom space in an effort to facilitate Training Divisions growth. LAPRAAC owns all structures except:

The Finance Committee of LAPRAAC are the trustees of the Academy Trust Fund which allowed money earned from the television shows Dragnet and Adam 12 to be donated to LAPRAAC. This money was to be used to assist in the training of police officers. Construction of the Mark VII Building and the Jack Webb Building was financed with money from the Academy Trust Fund (approximately $500,000).

Simplified: At one time, the LAPRAAC/Academy was located within the boundaries of Elysian Park. However, a ballot measure in 1972 removed the property from the jurisdiction of Parks and Recreation Department and gave it to the management of the Department of Public Works.

Other LAPRAAC Functions: LAPRAAC was originally founded in the early 1939’s to: 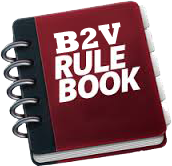 15 TV's...Food..Beer (hey, it's St. Patty's Day) LAPRAAC's Battle of the Badges Bench Press Contest LAPD vs LASD Not lifting?? Come and watch LAPD battle it out against LASD. Bring your friends and fa
View on Facebook
· Share